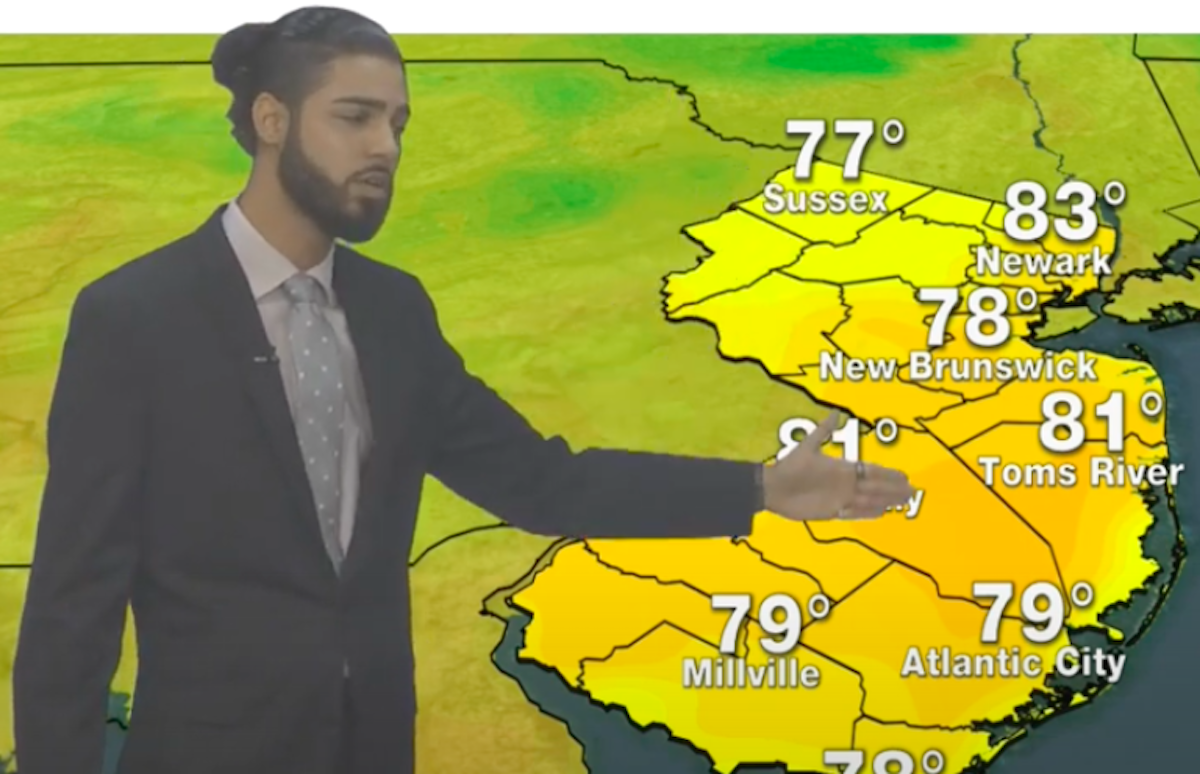 Jeremy Lewan says he’s wanted to be a meteorologist since he was five years old. And now the Rutgers senior has been awarded the 2021 American Meteorological Society (AMS) Orville Family Endowed Scholarship for $10,000, the top prize in the country offered by AMS.

Lewan, who was born and raised in Bayonne, is currently a senior at the Honors College at Rutgers University- New Brunswick majoring in Meteorology with a 4.0 grade point average.

Across the country, a total of twenty-three senior undergraduate AMS scholarships were awarded in 2021, designed to encourage outstanding senior undergraduates to continue pursuing careers in the atmospheric and related oceanic and hydrologic sciences.

Before attending pre-K at Woodrow Wilson Community School, he went to Library School at the Bayonne Public Library. During elementary school, Lewan began becoming heavily involved in everything from science fair contests to winning the geography bee and other competitions. Although he still loved Bayonne, after graduating Woodrow Wilson as a valedictorian in 2014, he went to High Tech High School and majored in environmental science.

“While I was in high school, I was always interested in meteorology,” Lewan said, noting his interest dates back even further than that. “When I was five years old, I used to give the forecast in kindergarten. I’d bring in a little slip of paper and give it during homeroom.”

At High Tech, he was awarded a $1,000 grant from the Hudson County Schools of Technology Foundation to go to Penn State for a week at a “weather camp.”

“I spent a week there and got to learn about meteorology and see a first hand account of what meteorologists do behind the scenes while touring AccuWeather Studios and the National Weather Service,” Lewan said.

While he was there, he made a video log of the experience, which was aired on PBS Pennsylvania and the Weather Channel. That led to him being invited as a guest speaker for a gala to raise money for a new High Tech High School campus.

From Hudson County to Rutgers

“I was always inspired to pursue my passion for meteorology, and that’s why I went to Rutgers,” Lewan said. “It’s the only school in the entire state that offers meteorology as a major. They have a great program for meteorology, I’ve loved every minute of it.”

After graduating from High Tech, Lewan went on to attend Rutgers and now gives the weekly forecast broadcast across campus.

“I give the forecast for RU-TV every week on Monday afternoons,” Lewan said. “It’s also posted on YouTube, Twitter, Facebook, and Instagram. It’s giving me a realistic approach to actually learning what it’s like to be my future profession. I’ve always wanted to be a broadcaster also, not just a meteorologist behind the scenes.”

Lewan continues to be as involved on campus as he was since Woodrow Wilson, having received a slew of the aforementioned scholarships in addition to the AMS Orville Family Endowed Scholarship. He also works for NBC News for Al Roker on the Today Show, continuing his internship from over the summer.

“I write news articles for nbcnews.com,” Lewan said. “I fact-check reporters and provide them information to aid in the writing of their weather stories. I talk to on-air talent through their earpiece, answering their questions regarding the weather while they’re on commercial break. I also design the graphics projected behind Al and the other meteorologists. I even had the amazing opportunity of appearing on the TODAY Show.”

Amid his busy schedule, Lewan somehow found time to balance school and work with other extra curricular activities at Rutgers including but by no means limited to the Meteorology Club and the Weather Watcher Club among others such as being a walking coach for the Rutgers F.A.C.E. Modeling Team and writing for Green Print and EPIB Trail magazines on campus.

“I’m trying to take advantage of every possible thing I can because these opportunities won’t avail themselves to me once I’m graduated,” Lewan said. “I definitely want to make the most of college as much as I can.”

Other clubs Lewan is active in relate to his multi-racial heritage, including being a member of the Rutgers Fusion Club for Biracial and Mixed-Race Students and participating in the 2021-2022 Active Allyship for Racial Justice Living-Learning Changemaking Community.

“As a proud multi-racial minority individual, I embody a confident and competent leader with diverse perspectives and opinions,” Lewan said. “I am proud of my identity, and I aim to champion diversity, equity, and inclusion in the meteorology realm.”

Doing all that Lewan does was not easy. He joked that he can find time to sleep later in life.

“A lot of people say to me: ‘You’re living your dream. You’re so lucky to have it come to fruition, what you’ve always wanted,'” he said. “But it is an extremely difficult road and it would not have happened without my hard work and dedication, and diligence and perseverance. It’s not something that just came to me. It’s something I’ve worked my whole life for.”

With the receipt of the scholarship, Lewan is set to graduate on May 15, set to have received an A in every class since elementary school with the completion of two more courses. And soon he will undoubtedly be broadcasting weather forecasts on TV, ultimately living out his dream.

“I do see my connections that I’ve made leading to a possible full-time job somewhere in the country where I can get my foothold on TV right away,” he said. “I’d love to be the next weathercaster on NBC News for the Today Show. That’s the goal really, because national weather is just so exciting and it’s different every day. There’s just so many facets of weather and delivering it nationally on a show like the Today Show is definitely the end goal. But it’s going to be a long journey.”

Lewan described meteorology like a ladder: “Everybody has to start from the bottom rung. So I’ll have to start small and work my way up to the big times.”

But no matter where he goes, he will always be from Bayonne.

“I will forever be a hometown Bayonne-ite,” Lewan said. “I was born in Bayonne Hospital, my mom worked as a nurse at the hospital. I’ve lived here my whole life and I will forever have a special connection. And Bayonne is such a special place given its location right next to New York City, it really gives me a springboard to jobs there. I live in a high rise and anytime there is a rainstorm, thunderstorm, or snowstorm, I see it come across Newark Bay from the West. It’s just amazing to see every storm with a bird’s eye view. My mom always said that she got an apartment perfect for a meteorologist and she was right about that.” 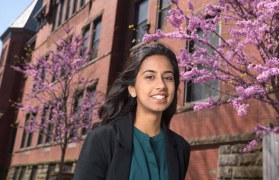 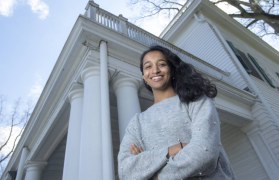 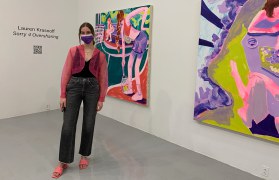 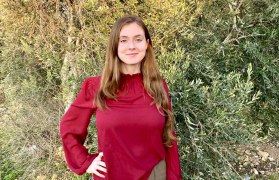 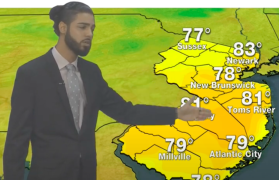 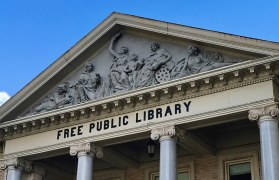 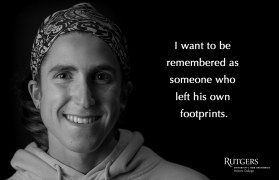 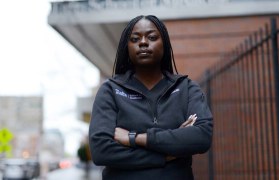