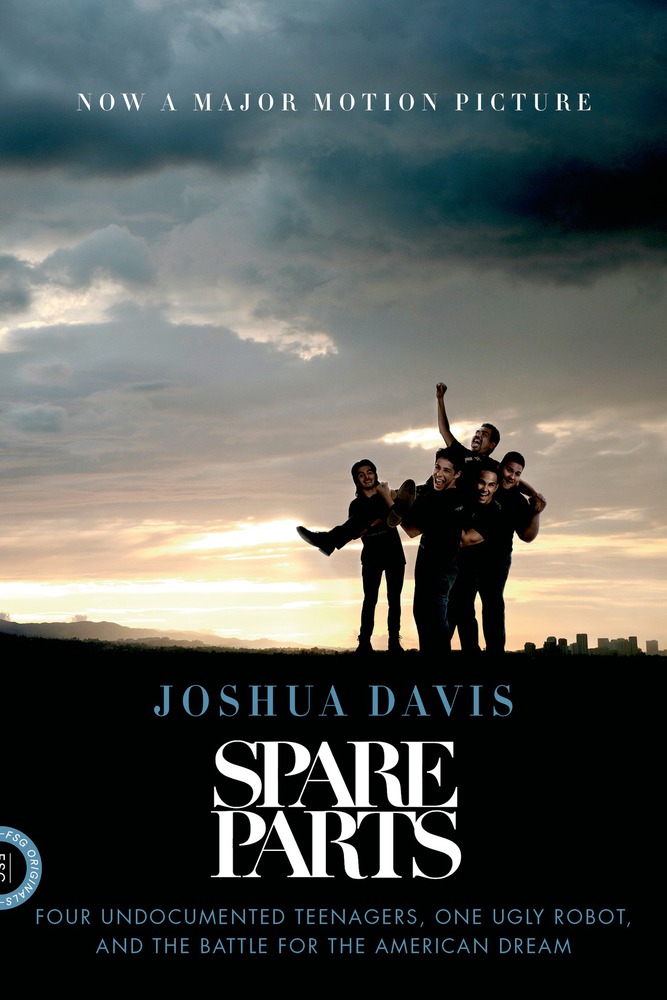 In 2016, we asked all incoming Honors College students to read Spare Parts by Joshua Davis and to engage in online discussions with fellow classmates from their future hall at the Honors College. Upon arrival to the Honors College, they had opportunities to further engage with the book’s themes with the author, with their mentor-in-residence, and in the classroom.

Spare Parts is about four undocumented Mexican American high school students from Phoenix who, in 2004, won a NASA-sponsored underwater robotics competition. With little engineering experience or funding, through support and mentorship from two teachers, their teamwork, innovative thinking, and perseverance earned them a first place victory against a group of college teams, including a well-funded team from MIT.

Unlike the major motion picture of the same title, released in 2015, the reality of their lives following the competition was much more complicated. Despite their amazing triumph, the team members faced a future with challenges, including not being able to get a college degree and find employment. The students' discussions explored themes surrounding creativity and imagination, mentorship, collaboration, community, immigration, and more.