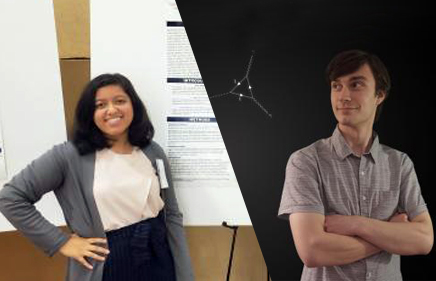 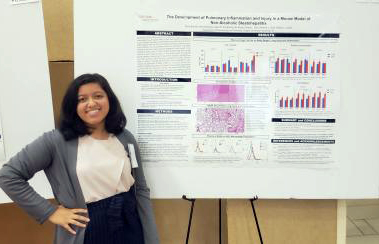 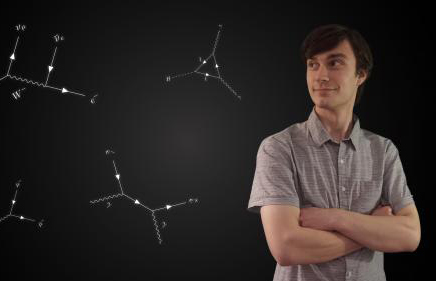 Using particle physics to gain a better understanding of the underlying principles of the universe. Researching inflammatory responses in the immune system. As disparate as these ideas seem, they are connected – at least for a moment – by two Honors College researchers at Rutgers University-New Brunswick with an achievement in common.

While Tanvi Banota, a rising junior majoring in cell biology and neuroscience, and Noah Paladino, an upcoming senior majoring in physics, may never cross academic paths, they are linked. These two School of Arts and Sciences undergraduates are both recipients of the prestigious Goldwater Scholarship for their academic excellence.

Considered the premier undergraduate award of its type in the fields of mathematics, natural sciences and engineering, the Goldwater Scholarship, which honors the late Sen. Barry Goldwater, is designed to encourage outstanding students to pursue careers in these fields. The scholarship awards up to $7,500 to help cover costs associated with tuition, mandatory fees, books, and room and board.

Banota and Paladino were chosen from a pool of more than 5,000 distinguished students submitted by 461 academic institutions for the 2020-21 academic year.

This is the 15th consecutive year that at least one Rutgers-New Brunswick student was selected as a Goldwater Scholar.

“Our entire academic community can take pride in Tanvi's and Noah’s accomplishments,” said Arthur D. Casciato, director of Rutgers’ Office of Distinguished Fellowships. “In keeping our long streak of winning Goldwaters going, these two young researchers have demonstrated yet again the excellence of both Rutgers’ undergraduates and the faculty members who mentor them.”

Both students point to a love of research and the opportunities and faculty support they receive at Rutgers as part of what made them competitive applicants for the Goldwater Scholarship.

Banota has worked in the lab of Debra Laskin in the Department of Pharmacology and Toxicology since she was in high school (thanks to Liberty Science Center's Partners in Science program). There, her research focuses on the mechanisms of inflammation as a response to pulmonary injuries. She has worked in the lab and done research around this topic since 2017 and credits the continuity of that research and the many hours of experience she’s gained in the lab as part of what earned her a Goldwater Scholarship.

Before getting introduced to lab work, Banota said she never envisioned herself doing such intense research, but she fell in love with the lab. “Being in the lab is a creative exercise,” she said. “Any question you have, you can come up with a way to test it and work toward finding an answer.”

Having found her calling in the lab, Banota said her plan is to get a dual M.D./Ph.D. in immunology and become a physician-scientist leader in academic medicine.

Paladino is a physicist with a background in electrical and computer engineering. His primary research interests are experimental collider-based particle physics and computational high-energy nuclear physics. He said he fell in love with his research topic very early, which has allowed him to accumulate a very focused body of research and experience that not every undergraduate researcher gets.

“Rutgers does a really, really great job supporting their undergrads,” he said. “All the professors in the physics department are so supportive and put in the time and energy to help students. Inside the lab, outside the lab, whenever I have a question someone is there to answer it.”

Currently, Paladino is working with professor Steve Schnetzer, searching data from the Large Hadron Collider at CERN for decays of vector-like quarks. He is also leading an effort to build a computer cluster dedicated to teaching undergraduates in physics high-performance computing skills.

After completing his undergraduate work, Paladino said he plans to earn a Ph.D. in high-energy physics and continue to do research as a principal investigator in experimental particle physics at either a national laboratory run by the Department of Energy or a university.

For Banota and Paladino alike, earning a Goldwater Scholarship was both validation and recognition that the investment they’ve made in their academic careers is paying off.

“I’m extremely honored,” Paladino said. “It’s nice to be recognized for something I’ve worked a long time for.”

“This is the path I want to take,” Banota said, “and receiving this recognition validates that I’m capable of taking it.” 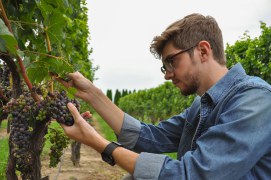 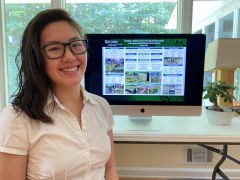 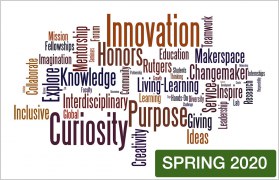 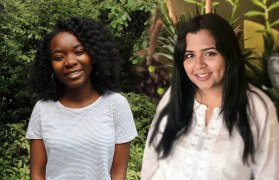 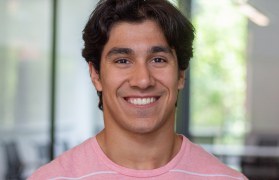 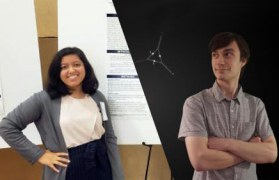 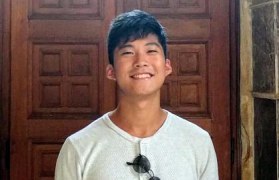