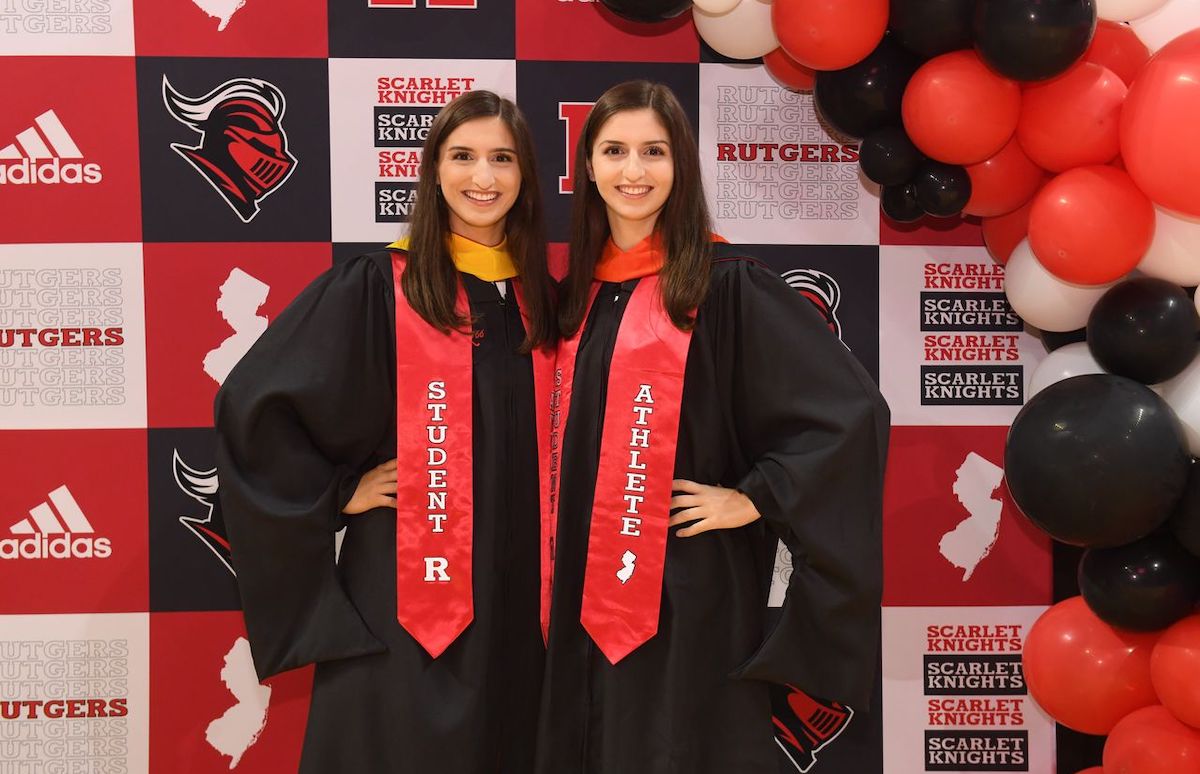 Before twins Sophia and Tessa Catuogno arrived at Rutgers, they had never been varsity athletes. Five years later, and the Freehold natives are members of one of the top 20 rowing teams in the nation.

Due to COVID-19 eligibility, the twins graduated this month with master’s degrees in engineering and will wrap up their careers at the the NCAA championships at Nathan Benderson Park in Sarasota, Florida, from May 27-29. The Scarlet Knights earned their third consecutive trip to the NCAA championships for the first time in program history. No. 18 Rutgers earned one of 11 at-large bids to compete in the 22-team field.

Rutgers will send the Varsity 8, second Varsity 8 and Varsity 4 boats to the national regatta. The Scarlet Knights also placed third in the Big Ten championships for the second consecutive season.

“It’s definitely what we set out to do,” Rutgers rowing coach Justin Price said. “We always want to be one of the best teams in the country to show we can be competitive not only in the Big Ten, but across the NCAA landscape.”

The twins, Price said, have made a big impact on the program’s growth.

“It has been really fun to work with them and really fun to watch their development and improvement since taking their first strokes on the water here as freshman just getting started in the sport,” he said.

Both faced setbacks in their senior season. For Tessa, the Big Ten championship was her first race of the season after recovering from a rib stress fracture, a common injury among rowers. Sophia, the 2021 Big Ten Postgraduate Scholarship recipient, missed 10 days after getting COVID, and was cleared to return the same day as her sister.

“They are definitely an important part of the team and definitely make the boat faster when they are in it, so we missed them when they were gone and it is great to have them back,” Price said.

The Catuognos’ journeys to becoming varsity, collegiate athletes started with an email. Both had received merit-based scholarships to attend Rutgers. In the summer leading into their freshman year, Sophia joked with Tessa when they received the notification of open tryouts for the rowing team.

Up to that point, their athletic experience consisted of playing some soccer and basketball, but never at an elite level.

“We were pretty confident. We were in shape, but we had always kind of worked out together, so that wasn’t anything, but tryouts was mainly to see where we were physically and was this something you see yourself doing,” Tessa said.

There have been some instances of mistaken identity in their college years — a professor once stopped Sophia in the hallway to let her know she’d done great on an exam — but Tessa was the one in their class. Close friends and most teammates can tell them apart, and those who can’t rely on some easy tricks, like Tessa being an inch taller or Sophia’s ear piercings.

It didn’t take long for the twins to fall in love with the sport.

“I think rowing has offered so many opportunities we are grateful for beyond rowing, just like the lifelong friendships we have made,” Tessa said.

According to Price, about half of the members of the rowing team started the sport after arriving at Rutgers, but not everyone goes on to reach the level of competitiveness the Catuognos have.

“Tessa and Sophia worked really hard over a long period of time and were very consistent in their development,” he said. “There was never a day or moment where all of a sudden they became really good. It was slow, steady and consistent progress. Both of them are really tough, hardworking and have incredibly high standards.”

From a young age, the twins were immersed in STEM. During summer breaks, they enjoyed going through riddle books and enrichment books. Both were always drawn to the math problems and science and were often making at-home experiments like baking soda volcanos just for fun. They also attended a special program in high school through a medical science learning center.

“There have been times where people are like: Oh, you are doing engineering. That is so hard. Oh, you are an athlete, too? How can you do both?” Sophia said. “I’m always like, well, I just make it work. If you are really set on it, you’ve just got to manage time well and get the work done somehow.”

Both have received job offers from different pharmaceutical companies.

“To be stellar students at the highest level as undergraduates in engineering and as student athletes is incredible,” Price said. “And what they have done as graduate students — excelling academically while also excelling athletically is really impressive.” 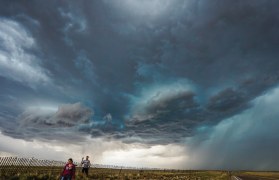 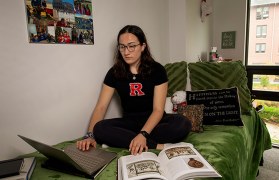 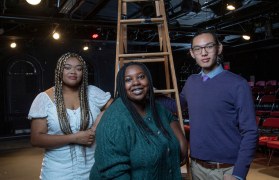 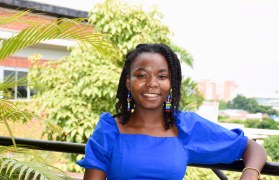 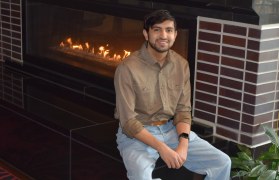 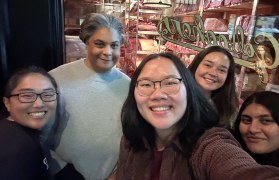 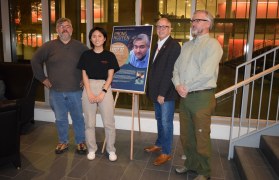 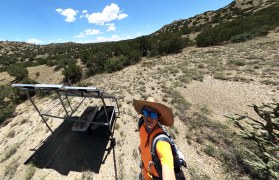